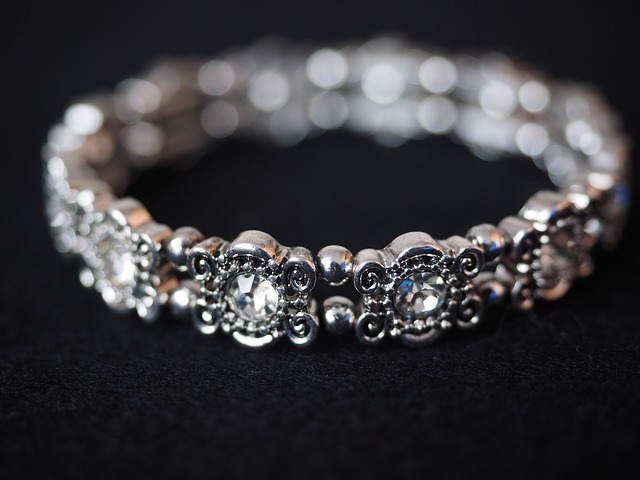 Contrary to popular thinking, there has been a proliferation of diamonds available to the market since 1870, when large diamond mines were found in South Africa. This proved a threat to diamond industry owners, who understood, that once diamonds were more readily available to consumers, their value would significantly decrease. To halt the impending loss of value for their precious diamond cargo, De Beers created De Beers consolidated mines company ltd and effectively stockpiled large volumes of diamonds, releasing them at strategic intervals, so as not to affect market price. Sir Ernest Oppenheimer, organized a network of wholesalers worldwide, who would equally benefit from this scheme and this is how we know and understand the diamond industry today.

Once, Oppenheimer had arranged for the stockpiling and strategic release of diamonds, he then turned his attention to finding an advertising agency, who could create a strategic and effective marketing campaign, designed to create a much greater increase in demand for diamonds amongst consumers. The advertising agency N.W. Ayer was chosen, mostly because of their reputation for extensive market research.

The brief was to figure out the ‘social attitudes’ about diamonds, amongst the American populace and to thus create an advertising campaign that would establish diamonds as a must have item, in the lives of consumers. Initial research showed that Americans, considered diamonds to be only for the super rich and with this in mind, N.W. Ayer, created one of the most successful marketing and advertising campaigns in the history of marketing and advertising.

Ayer, understood that diamonds needed to be a must have item for all couples and what he did was create an illusion in the mind of the consumer that diamonds are in fact a symbol and proof of love. Additionally, Ayer understood that he had to appeal to all factions of society and thus focused on the different ‘carat’ sizes that allowed couples of all income levels to have this enduring symbol of their love. The early advertisements, conveyed the idea that giving a woman a diamond ring was in fact an affirmation of masculinity and on the earning prowess and social status of the man.

These adverts were in fact targeted at men, as ultimately they would be buying the items. Next on the list, was a series of ads targeting women, in these ads, they featured famous cultural landmarks, such as cathedrals. This clever advertising campaign, created a clear association between having a diamond ring and having a sacred, elegant church wedding. In addition, they ran a series of diamond ads featuring renowned artists such as Picasso, again this created the idea in the mind of the consumer, that diamonds represented high culture, taste and sophistication and that owning one conveyed these attributes on the lady in question.

Product placement was next on Ayer’s marketing list, with strategic placement of diamonds in films. These strategic product placements, promoted diamonds as the ultimate must have item for a newly engaged woman to have, in fact the advertising suggested, that any man who did not buy such a ring for his loved one, must in fact, not ‘really’ love her!

In addition to using original artwork from famous artists such as Picasso and highly poetic copy, the ads also highlighted four sizes of diamond stones, a half carat, one carat, two carat and three carats, with differing price ranges for each carat. This strategy, effectively meant that diamonds were for everyone, at different price points. This marketing strategy, changed the status of diamond rings, as being only for the super rich, as originally thought by consumers from Ayer’s initial research.

Another aspect of this marketing campaign, was that it insinuated that any man who would not buy a diamond ring, could never do so again later in life, this was his one opportunity to demonstrate the depth of his love for his fiancee and stated the following in their copy:

“There are some things that, neglected now, can never be made up in later life. Not in many a month of somedays. Not in the accomplishment of all his plans for time to come. His engagement diamond is such a gesture. No other ring given in later years can ever hold its precious significance for both of them. Given unworthily, foregone in a sweet gesture of self-sacrifice, it can never be replaced – for in its shining light is stored the treasure of their hearts.”

In 1947, the slogan “A diamond is forever’ was born and continues to be used to this day. This slogan also conveyed the idea that a diamond can never be resold, it is a one off purchase of huge significance. This slogan is obviously very important, however it was the previous marketing and advertising that positioned the diamonds so well in the minds of both men and women. In 1953, this idea was further solidified by the movie ‘Gentlemen prefer blondes’, which featured the song ‘Diamonds are a girl’s best friend’. This meant that at each point in the arts, media and  within social and cultural activities, diamonds were considered to be a fundamental aspect of declaring love for another person.

It took Europe until 1962 to catch on, with the Germans being the first to adopt diamond engagement rings, In 1968, the Japanese only bought 5% diamonds as their preferred jewellery for engagements, preferring coral and pearl. By 1981 60% of Japanese wore diamond rings. In Japan, the men spent three or four months salary on a diamond engagement ring, as opposed to Ayer’s suggestion of two months salary in the United States. Yes, Ayer even suggested through marketing and advertising how much prospective grooms should spend on their future wives!

Why, you may ask would men pay such large amounts of their annual salary, well according to the marketing and advertising campaign, an engagement ring, represented love and equally represented status and social standing within the community. Thus many men, chose to buy large diamond rings as an expression of their overall wealth, social standing and prestige, as well as it demonstrating undying love for their intended.

There are many marketing lessons to be taken from this case study:

I hope you have found this case study helpful.